You are here: Home / Accessories / Movember: Do You Know Your Mustaches?

The Movember movement began back in 2003 in Australia with a small number of participants who wanted to raise awareness about important issues that affected men’s health. The idea was for men to grow a mustache during the month of November to raise awareness and funds for men’s health issues that are the main causes for men dying at an early age. These issues include prostate cancer, testicular cancer, mental health issues, and suicide prevention. Growing the mustache is symbolic and represents a sort of “ribbon” for the cause, such as a pink ribbon is the symbol for breast cancer awareness. Movember even has a catchy slogan, “Grow a Mo, Save a Bro.”

Since its beginnings in 2003, Movember has now become a worldwide event in which men (and even women who can sport a fake mustache to join in the action) grow and groom their mustaches during the thirty days of the month of November which serves to raise awareness for the cause and helps you to raise funds for research and programs designed to help men conquer these problems and live longer, healthier lives. Have a little fun while you’re at it and choose a cool mustache style to sport for Movember. Here we take a look at various mustache styles, at least one of which is sure to appeal to you. Have a little fun with it and see which styles you already know!

This mustache style is worn long and is thick and wide. The Chevron typically covers the top border of the upper lip. Famous people who sport this type of mustache include actor Tom Selleck and the late lead singer of the rock group Queen, Freddy Mercury. This mustache is one solid piece with no space in between.

This is a narrow, divided mustache that starts in the middle of the upper lip. Long whiskers are then pulled to either side of the center and then tamed by using mustache wax, with the areas around the corner of the mouth being shaved. Some recognizable names who wore an English mustache include the famous actor, Vincent Price, and the author of the Sherlock Holmes stories, Sir Arthur Conan Doyle.

This mustache was named for the artist, Salvador Dali. His mustache is so recognizable that it is often considered to be the most famous mustache of all time. This mustache style is very narrow and has long whiskers that bend or curve upward and steeply.

The Fu Manchu starts on the upper lip and has whiskers that grow very long to extend along each side of the mouth and down into the jaw area. The areas around the corners of the mouth are shaved as well as the space between the middle of the upper lip so that the whiskers are divided into two distinct sections.

There are two variations of the handlebar mustache, the regular handlebar and the petit handlebar, which is a smaller version. This is a bushy style of mustache that requires the whiskers to grow long enough for the ends to be curled upwards. This style typically uses mustache wax to achieve the desired look. This mustache style is named due to the resemblance to the handlebars on a bicycle.

The lampshade is one of the newer styles of mustache. The lampshade is worn closely cropped and grown directly above the upper lip. The whiskers should only be grown to match the length of the lips and should not extend past the lips for this style. The corners are slightly angled to resemble a lampshade.

This is a thick mustache style worn short with slightly rounded corners. This style covers the entire width of the mouth. The difference between the painter’s brush and lampshade style are the way the corners are trimmed.

The pencil mustache is also sometimes referred to as the “mouthbrow.” This is a very thin, narrow mustache that is closely cropped to outline the upper lip. The style can be trimmed in a variety of different manners. This style requires a precision trimmer in order to maintain its pencil thin appearance.

The toothbrush mustache is thick and trimmed on each side so that it is about an inch wide in the center of the upper lip. While interesting, this may not be the first choice of mustache styles to choose since it is mainly recognized as the style worn by the infamous Adolf Hitler.

For the man who desires a low maintenance mustache, the walrus is the best bet. This is a large, busy mustache that droops down and covers the lips and sometimes even the entire mouth. The style can be tamed by using a bit of grooming wax but requires less trimming that most other styles.

The pyramidal mustache can be worn in a variety of ways. This is a general term for any mustache that is shaped narrowly on the top and becomes wider at the bottom, similar to a pyramid formation. These styles can be worn the full length of the upper lip or trimmed slightly shorter than the lips on each side. Some men chose to wear this style with more or less of a curve than others. A famous musical artist who sport this style of mustache is Lionel Richie. 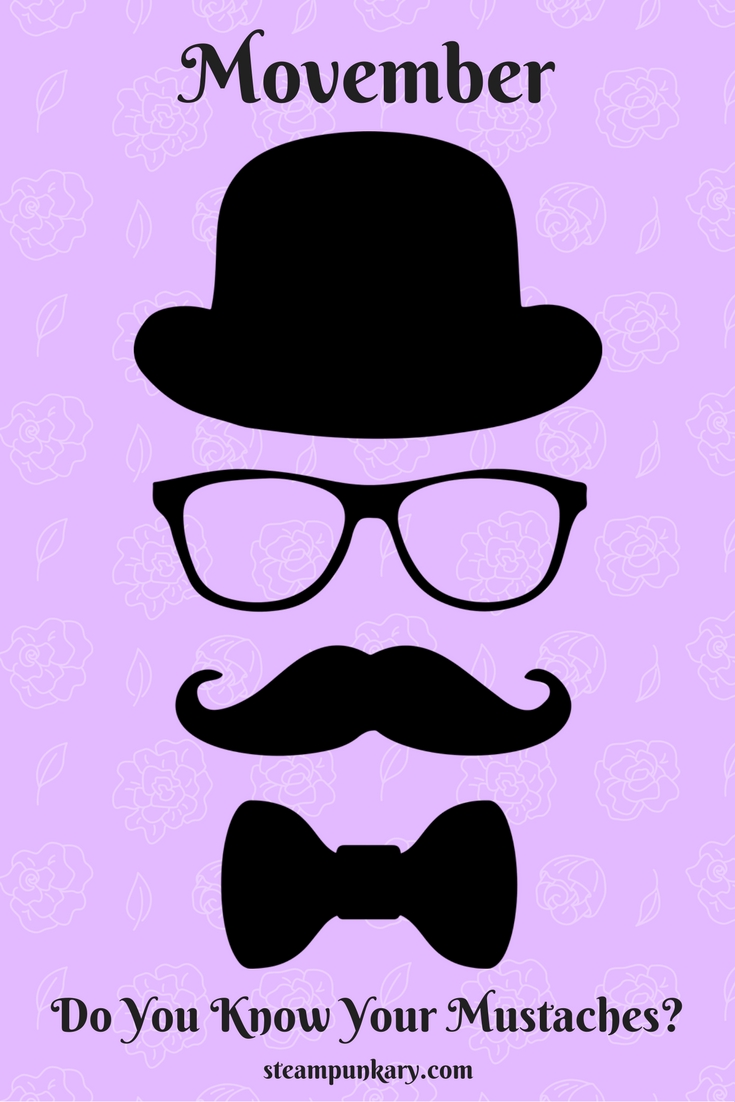