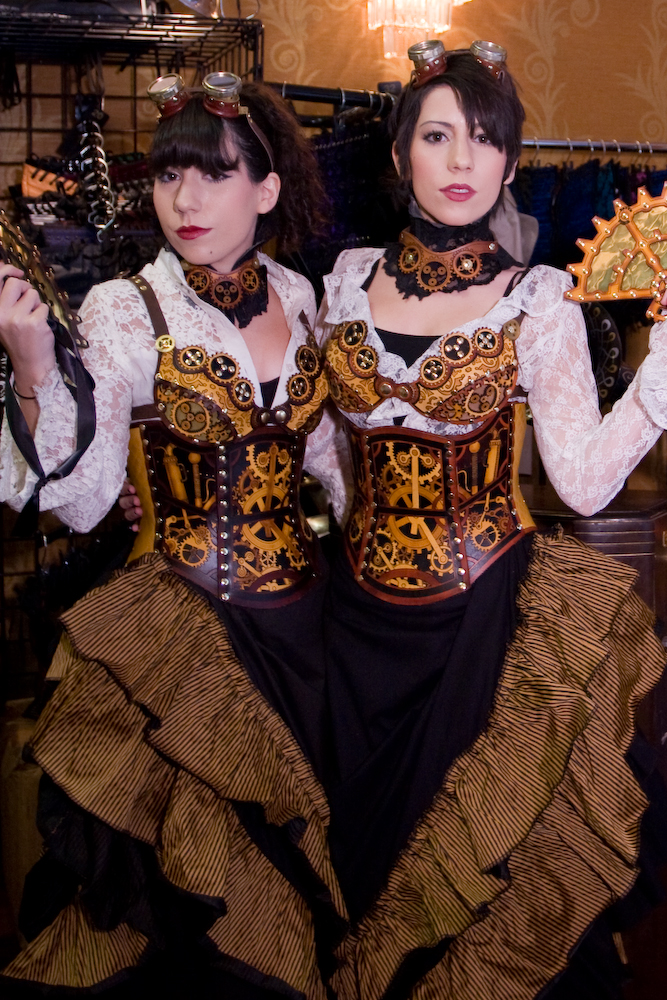 Steampunk refers to a literary genre, a sub-genre of science fiction and fantasy, and has also grown to include other aspects such as Steampunk movies, game, jewelry, and clothing. When it comes to Steampunk clothing, there are no specific fashion guidelines, however, since many Steampunk stories are set in the Victorian time period, most clothing will have a vintage, Victorian era look.

If you only wish to wear a Steampunk corset once or twice, perhaps for a costume party or Halloween, then a plastic boned option would be the less expensive style to choose. However, if you are looking for a corset that will really tighten and hold everything in to reveal a slimmer, sexier figure, the steel boned version is the way to go.

Because more people are discovering the Steampunk style of clothing, there are several retailers available online that sell Steampunk corsets for women, and costumes, for both men and women. Even Ebay has a large collection of corsets for sale in this genre.

Dressing in a corset reminiscent of the Steampunk era can give you an edgy, classy, historical look. These corsets will look similar to those worn by women in the Victorian time period.