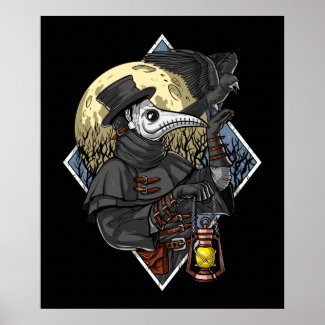 Steampunk literature commonly takes place in a world where steam power is still widely used. A prime example would be Victorian England, but with prominent elements of either science fiction or fantasy. This might include such elements as fictional technological inventions, or real technological developments occurring at an earlier date than in reality. The Steampunk genre was influenced by and often adopts the style of the 19th-century science fiction of authors Jules Verne, H.G. Wells, Mark Twain, and Mary Shelley.

The 1990 historical fiction novel, “The Difference Engine” written by Bruce Sterling, is often noted as being a pillar of the modern Steampunk genre.

Some other more modern Steampunk novels include the Mortal Engines Quartet, also known as the Predator Cities Book Series, by British author Philip Reeve. This set of four novels takes the reader through twenty years of post-apocalyptic adventures. In December of 2018, a major motion picture release is scheduled for Mortal Engines, a movie based upon the novel. This is a must-see for fans of the novels or just of the Steampunk genre in general.

Steampunk was particularly influenced by, and often adopts the style of the scientific romances and fantasies of the 19th century. Hopefully, the list below can get you started in the Steampunk genre through books, movies, or TV series. If you know of any that we missed on this list, contact us and we will add them.

Steampunk in the Movies