You are here: Home / Decor / How Glass was Manufactured and Used During the Victorian Period 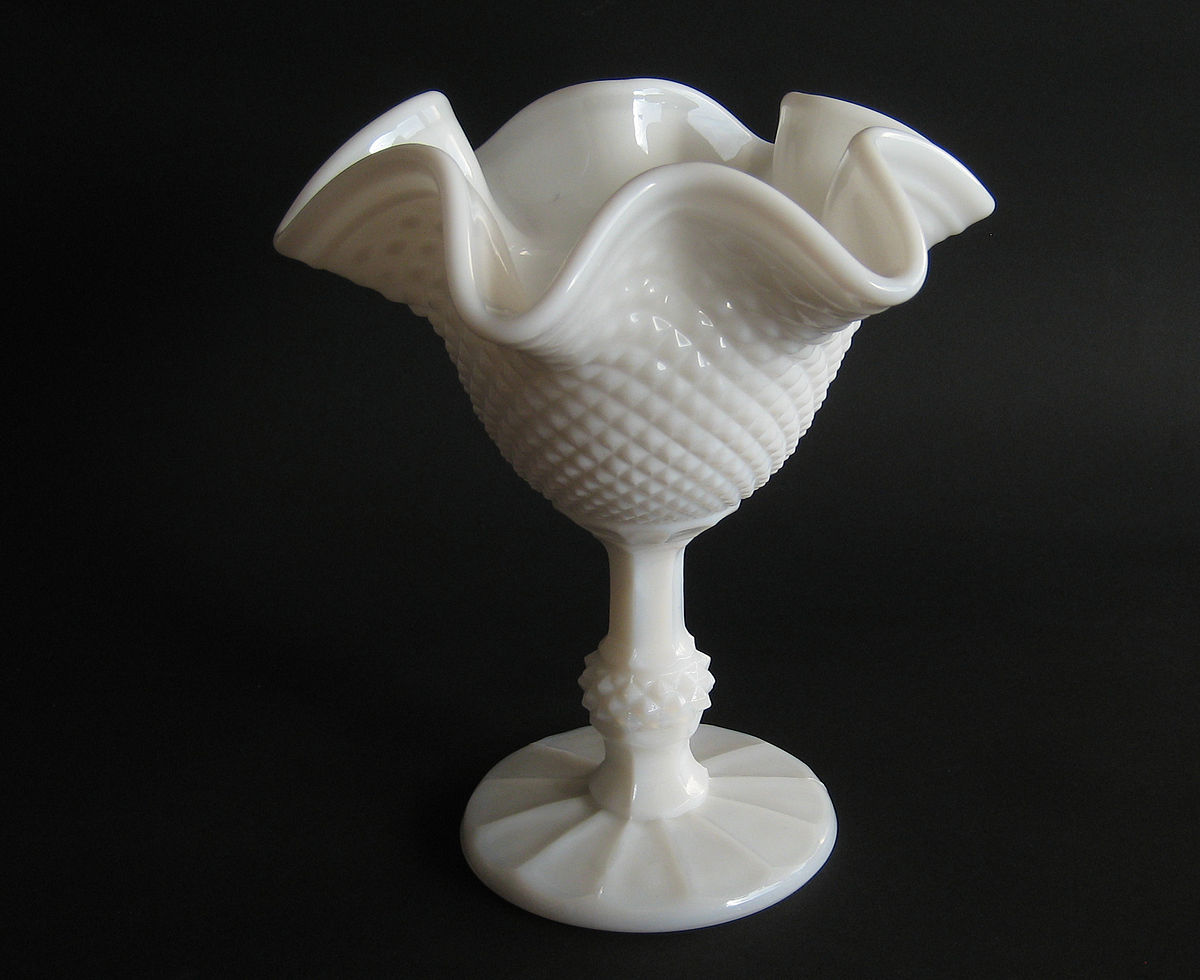 As of the sixteenth century, glass production in Britain was still lagging behind that of other countries in Europe. To resolve this issue, the immigration of glass makers from abroad was encouraged by the government as a way to help improve the quality of British glass. This new development caused the glass making industry to expand rapidly during the seventeenth century. Britain began to use coal as it’s major fuel source in glass making, which was a move that set them apart and put them far in advance of their counterparts in Europe. The glass making industry then began to relocate to areas where coal was abundant. By the time of the Victorian period, glass was in large scale production and cheaper to produce, which led to glass items becoming more affordable to the average person. Another thing that helped the glass industry boom during the Victorian period was that the mercury process, used in the making of glass mirrors, was exported to England and France during the seventeenth century.

While the glass making industry eventually took off, it was not without issues. In 1745, an tax known as the Excise Tax, imposed taxes on the weight of material used by glass making manufacturers. The tax posed a huge barrier for the expansion of the British glass industry and was raised twice in the late eighteenth century. Ireland remained free of these taxation laws until the year 1825 and used this as a way to establish successful glass production in several areas.

How Glass Was Produced

To make glass, you need to start with a source of silica such as sand, or crushed flint of quartz. This material is then fused with a flux such as lead oxide or alkali which comes from plant ash. The earliest examples of glass tableware were made by hand blowing the glass. The pieces had a distinct greenish or brown color due to traces of the iron oxide found the sand used to make the glass. The introduction of lead crystal, a revolutionary clear form of glass, came from the experimentation of George Ravenscroft, who combined crushed flint with lead oxide to produce the clear, colorless effect. Windows of the time period were made or crown glass, formed by taking bubbles of glass and either blowing them while rotating them on a pontil rod, or swinging the glass bubble to elongate it into a cylinder shape where it was then laid out, cut, and flattened to create panes. Paned windows were a blessing to both homeowners and business owners alike.

Roles Of The Glass Makers

To produce glass, the raw materials are first melted and fused together in pots or crucibles (ceramic or metal containers). Glass makers would then work in teams, each doing their part, inside the glass cone around the main furnace. Glass would then be collected from the furnace and blown by the “servitor”, or general worker. The foot maker would collect small lumps of glass. All of these pieces were them given to the “gaffer,” or main glass maker, who had the job of rolling the glass and forming it into different shapes. Then the fourth team member known as the taker-in, would collect the shaped pieces and take them to the furnace. After the glass was allowed to cool slowly, a process known as “annealing”, it was then taken to another location of the site for the engravers or decorators to perform the finishing touches.

The glass makers worked in what was known as the glassworks. This was a structure that included many small buildings and rooms to store raw materials and to accommodate the workshops and chambers needed to cool the glass. Because the glassworks used coal as a fuel source for the furnace, there were large underground flues that fed air to the furnace. The cover building that housed all of the other areas was a large conical shape.

How Industrialization And Engineering Changed Things

Before the industrial revolution, there were three distinct classes during the Victorian period. Industrialization changed the class structure and made things that were formerly only available to the wealthy, affordable for the lower classes too. In many ways, it raised the standard of living in many ways by reducing the price of items such as clothing and food. This enabled even those that were not extremely wealthy to purchase decorative items such as glass.

The Victorian period produced some unique glass pieces, one being the Epergne.This was an ornamental stand made of glass or silver that was used to hold vase shaped tray or dishes. These were typically used on elaborate dining tables and were often made of cranberry or colored glass. Less elaborate versions that were more affordable were later marketed by the Fenton company.

Victorian glass barber bottles were also common. These were decorative bottles used only in barbershops, which were meant to be refilled with things such as hair tonics and rosewater. The wealthy patrons of the barbershop could have their own bottles made with their names on them. The colors were used to distinguish what each bottle held.

Upper class gentlemen were known to use Victorian glass cigar tubes. These had a decorative design on the cap or featured the initials of the owner. Made of clear, ribbed glass, these tubes kept the cigar bands neat and clean and also helped to keep the cigars fresher.

Glass sugar shakers were also a popular item and could be found in all of the popular colors. These could be found made from all glass types from milk glass, to transparent glass, to other types of Victorian glass. Coordinating pieces to match were made the sugar shakers and included mustard jar, oil bottles, toothpick holders, and more.

Glass wedding bells were popular gifts for those getting married. The bells were colored and had applied glass handles. Handles could be done in matching or coordinating colors, or could be clear. Some bells even featured patterns or engraving. Some popular styles included cranberry glass and cobalt blue glass.