You are here: Home / Archives for clockwork jewelry 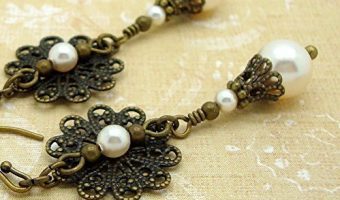 The Origin of Steampunk Steampunk is not a new word, but in the last few years its meaning is broadening. Steampunk comes from the science fiction-fantasy literature world, originating in the 1980’s. The term steampunk denotes works set in an era or world where steam power is still widely used—usually the 19th century, with elements […]