One of the most popular Steampunk costumes is the Steampunk Plague Doctor costume for Halloween or cosplay featuring a long cloak and bird-shaped mask. We have listed it on a few of our pages that have collections of costumes, but until this post, we hadn’t given it a separate page. However, since so many of our readers are interested in the Plague Doctor costume, we decided to devote an entire post to it and discovered that there are a lot of resources to get started.

Plague doctor costumes are simple to create because they essentially just require a mask and a robe. That’s because when these costumes were worn by real doctors (or what passed for a doctor during Medieval times), these outfits were designed to keep someone from contracting the Bubonic Plague when treating Plague sufferers. If you’d like more information on the Bubonic Plague which took place during the years of 1331 to 1770, there is a great page, The Black Death: The Plague, 1331-1770, on the University of Iowa’s website.

If you like to buy the entire costume in one place, you can select any of these ensembles below, then add the lantern. HalloweenCostumes.com offers a very nice selection including any of the accessories not shown here like black gloves. Several of these costumes are exclusive to HalloweenCostumes.com, and they offer plus-size costumes. You can browse them here or through any of the links below.

If you already have most of what you need to make a Plague Doctor costume, and just need one or two pieces to complete it, it’s easy to find what you need on Amazon. If you can’t find what you’re looking for on this page, check our other Halloween costumes here. Below you can find any and all the clothing and accessories a would-be Steampunk Plague Doctor needs to check on patients. Note: these masks will not keep you safe from COVID-19.

Take a look and scroll through for your favorites, then click the link for availability, price, and size.

The Plague Doctor Bird-Shaped Mask is the most important piece of your Plague Doctor costume.  We’ve searched Amazon to find all of the masks that will work. As you can see, there is a wide variety to choose from. They range in style, size, and price. To find out the details on each one, click the link below the image.

For those who like artwork or want to create a fuller atmosphere for their Steampunk Plague Doctor persona, there are several unique art pieces you can buy. We like the cool Plague Doctor Trinket Boxes, medieval art prints, and the Plague Doctor Figurine near the bottom of this list. Click through for more information on any of these.

Save These Plague Doctor Ideas for Later

Not ready to buy one of these costumes yet, but love the idea. Just bookmark this page or pin it to your Pinterest board. 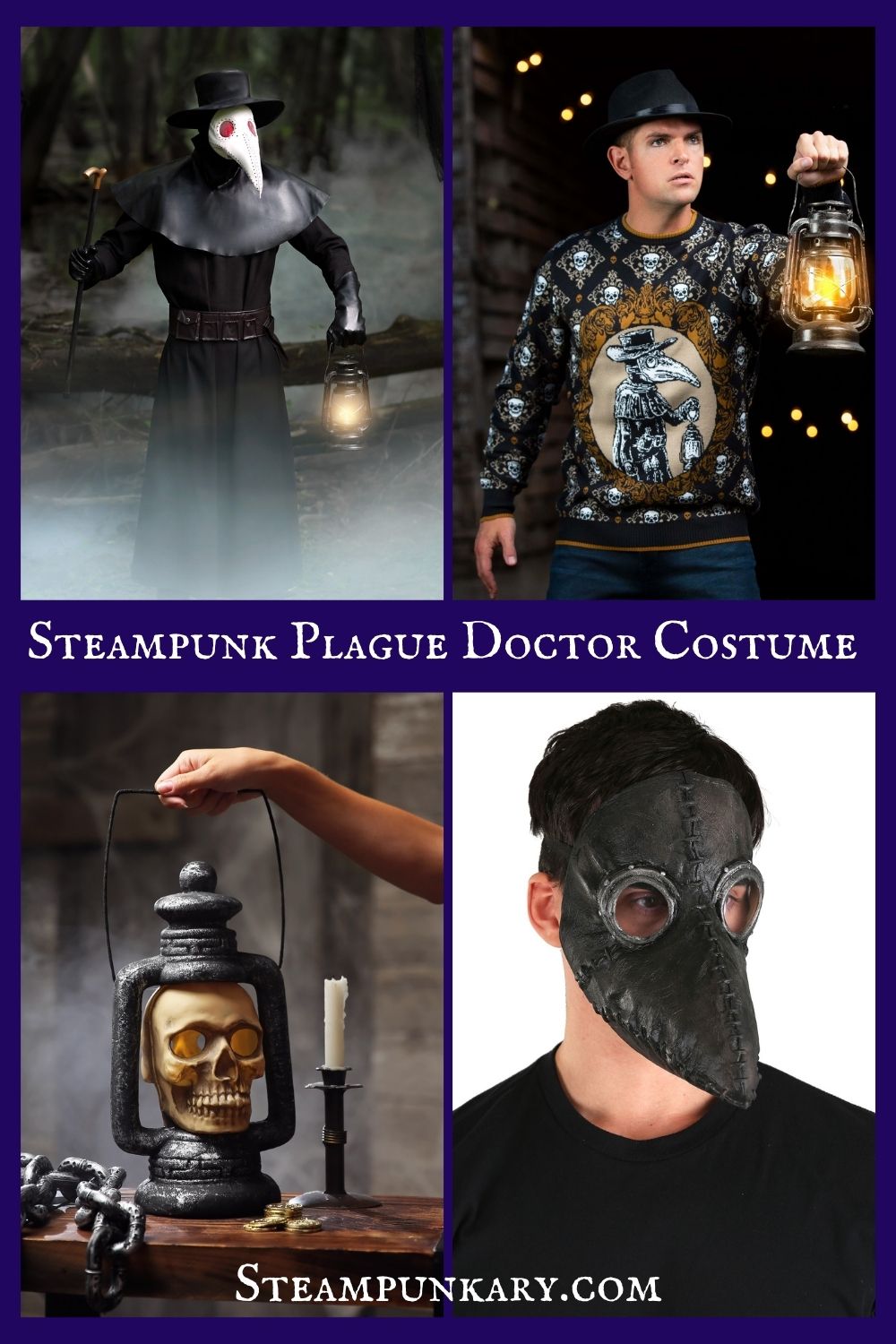